Whats the career for the next decade | CielHR.com

What’s the career for the next decade? 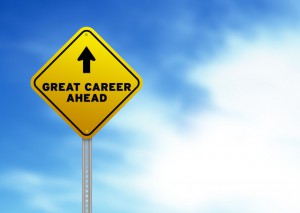 Services industry has been in the forefront for the last two decades clearly. The sector has developed many new niches and broken many new grounds. One example is BPO and call centres have evolved into KPO. As we look around, we see deeper marriage between pure sciences into this industry sector and innovation is taking place. An example could be, use of mathematical modelling and statistics to predict buying behaviours of a customer in a shop. So, someone who specialised in data sciences, analytics and information technology has a good run in the current times and the trend has been holding up this way during the last 10 years. So, one wonders what’s there in store for the next decade.

As we crystal-gaze, one can easily forecast that pure sciences and applied science are getting integrated more and more. So, kids need to be thinking of application dimension of any new concept learnt, step up to discover challenges around them and seek to solve them. The proliferation of computing devices makes it a must for all to consider them as imperatives and leverage these tools fully. One has to learn how to maximise the application of these devices in every field that one goes to. Gone are the days, when we remembered arithmetic tables and phone numbers. Smart phones have replaced almost everything that a child had to remember as a part of the learning process. So, the career of the future will be with a lot of technology embedded into anything that a person does. One could be a cab driver, janitor, nurse, doctor, farmer, lawyer, engineer, author, coach, basket ball player, apparel designer, artist, practically anything – knowledge of using technology is a must. To go forward in life, it will be to seek application of technology in the field of work. Like in the 19th and early 20th century, machines replaced lots of manual work and craftsmanship, it’s going to be the same way …. for any job, technology needs to be deployed to make it sustainable!

Secondly, we see, artificial intelligence is developing and several thought leaders have expressed their concern that humans might be enslaved by robots. Decision making is getting codified more and more; hence, a machine can be programmed what to do and how to do it for each of the scenarios. Hence, it’s important that we have to develop expertise and insights which are difficult to codify. Only those jobs can be the career for the future. Many call centre jobs have become automated; jobs in IT testing and development are getting automated; many helpdesk and customer service jobs are being done by the machine, basic investigation, diagnosis, operationand some steps in patient care are being assisted by computers and robots. So, the future will call for deep expertise and intelligence for success. Rich-poor divide is likely to intensify; unemployment is likely to get bigger; and our world could face increasing social tensions until the world transforms into a smaller population and develops higher levels of intelligence.

Last, but not the least, empathy, emotions, intuition, occult sciences, spirituality etc are yet to be understood well by we, the humans. Hence, there’s a hope that artificial intelligence is likely to take much longer to adapt to such situations. So, the career for the next 100 years will be to develop e parties in these areas and deploy technology to expand its applications. This is going to be the sustainable way forward! Most mental tasks are codifiable and hence, machines will be programmed to carry them out. Only these seemingly off-beat areas are likely to be our future.

Our schools and colleges will soon get transformed as our humanity will!