Stay away from an over-zealous drive of Gender Diversity

Earlier this month, James Damore, a Software Engineer in Google’s Mountain View Headquarters wrote a soul-stirring piece on the topic and was fired soon for having crossed the line on stereotyping genders. I believe, Google mishandled the issue badly. But, that’s not the point. The question it raises, “Is gender diversity significant in an enterprise? Is it being practiced well in India?”

One thing is for sure: honest discussions on this topic have not taken place in India yet. Everyone would like to side the story that sounds good on a global stage. Many enterprises including our own proudly value diversity. The dimension of diversity that everyone refers to is gender diversity. Some Leaders flaunt Diversity quotient of their organization. They reward Talent Acquisition teams if they are able to onboard and retain female candidates. There are Diversity programs which play out akin to reservation policies practiced in some economies in the world. These programs aim at promoting the women to leadership roles and functions which historically have a low representation of womenfolk. Often there are deadlines to achieve a certain score on the diversity quotient and it is a KPI for hiring managers. One wonders if such a frenzied approach augurs well for the organization’s success and sustainability. Is this really an issue of such a strategic importance? May be, it alienates and discriminates the men folk?

More often than not, this frenzy dilutes the standards one adopts in the selection of employees and promotion to roles of greater responsibility. This is not worth a risk.

Many believe that the women are deprived and given fewer opportunities in societies; hence, they need to be compassioned. Culturally and societally, they are prevented to unleash their potential; boys are prioritized over girls in families; women are victimized in various situations; hence, we must create opportunities for women. These beliefs hold ground for certain parts of the society, but in the context of Leadership roles, Engineering, Technology, Finance, Legal, HR and other such white collar jobs, these beliefs about deprivation are simply baseless. This is not a real issue. We are barking up the wrong tree.

Men and women are biologically different. They inherit a set of diverse traits (they also inherit a set of similar traits). And at the same time, the traits of men are diverse too! Why should we worry so much about gender then? Let’s just create opportunities which are equal for men and women, allow a person to be oneself and leave one to pursue the dream that appeals the most to the person. All you know, women might not want to dream roles in technology, politics and engineering; they might want roles in designing bikes, driving cars, sports, pharmaceuticals and wealth management. Men might be interested in teaching, accounting, treating the sick, government programs, customer service and banking. 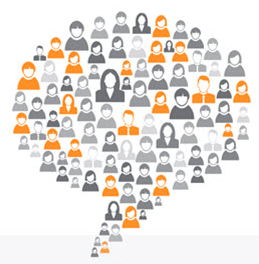 Researchers have established that there are activities which are done better by men and some others by women. (also, there are many activities which are done equally well by either). This is the science or the pattern in the creation of our universe. For example, research has shown that women are typically more open towards feelings, emotions and aesthetics than the men. Hence, activities which leverage one’s sense of emotions and aesthetics are likely to be aspired more by women. This is not to say that all men are bad on this aspect and no man will aspire to be a chef, a singer, a writer, a designer. All great designers, film producers, singers, dancers, artists are men as well as women. The professions of engineers, architects, doctors and lawyers have seen men and women in equal numbers excelling in them. The traditional beliefs such as household work is done better by women have been busted long ago. It may just happen that the number of men attracted to a certain kind of activities could be more than the number of women for it and vice versa. We must not stereotype an activity, function or a role with a particular gender.

For a society and hence, an enterprise to work well, we have to make it holistic and inclusive. We must create opportunities for our folks (men and women alike) to explore what appeals to them and help them pursue it. Aggressive attempts to bring in participation of various sections of population to an enterprise risk the integrity of the selection process and on-boarding people who might just fall prey to the attractive packaging than to commit to it with their hearts. We must stay away from the overzealous drive of diversity!