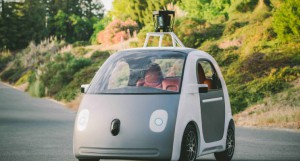 Driver-less Cars or Autonomous Cars are going to be a reality in the next decade. What will be its impact on the employment market?

50 million jobs will be lost!

The millions of people who earn their livelihood by driving a truck or a taxi or working as delivery person will lose their jobs over a period of time barring a few exceptions who might need a human driver. The impact is going to be felt by the manufacturers of automobiles and auto-components because the accidents due to erroneous judgement of drivers are going to vanish and hence, the need to replace or repair a car, a truck or a bike is going to reduce drastically. The need to tow vehicles impacted by accidents, treat accident victims and process insurance claims will be reduced hugely. The hotels, restaurants and fuel stations along the highways will see a drop in their utilization. A loss of 50 million jobs!

Kodak became extinct because they could not adapt to new situations. Nokia and Blackberry suffered because they were slow to adapt to the new realities. In the early 2000’s BPOs mushroomed and nearly a million new jobs got created in a matter of few years. Thousands of jobs vanished from the textile mills, cottage industry, jute mills and so on. Jobs got created in Service sector, IT industry, Big data, Analytics, E-commerce and various digital technology companies. What jobs are Driver-less cars likely to generate?

A whole lot of jobs in software and firmware will get created in the companies who will manufacture these cars, given the extensive nature of algorithm that will be used to control the vehicle, communicate with the passengers or the owners and record the journey. Secondly, a whole new set of instrumentation will reside on the vehicle leading to many new jobs in the electronic manufacturing sector. Third, a whole new set of shared services jobs to troubleshoot remotely and provide help to rectify issues. Such jobs could be a combination of Embedded Software, Navigation and Automobile technology. Last but not the least, there will be a layer of Apps which will leverage on such cars like the Apps ecosystem of smartphones. This new ecosystem will create many new jobs depending upon the nature of the Application. Possibilities are many, right from networking, music, video, gaming, communication technology, IT security, vehicle safety to financial transactions, e-governance and many more. A whole new way of life could be the order of the day.

Climbing the value chain is a must!

One thing is clear enough! Technology is going to be a lot more pervasive than what it is today. A delivery person, warehouse assistant, cleaning staff, security guard, driver, ticketing clerk and so on will all be connected on a wide area network with the designers, engineers, bankers and so on at the same page. All those blue-collar jobs will deliver much higher value than what they do now and many white-collar jobs of today will get so automated that a machine would be able to do it easily. So, it doesn’t matter if one holds a blue-collar or white-collar job today. All of us have to climb the value chain to survive! Those who protest and resist will be swamped.

The collars of a job will disappear possibly! It will be simply ‘work’ of scientist, doctor, pharmacist, vehicle health assistant, engineer or a bot.