Do a star wars act | CielHR.com

Do a Star Wars Act!

900+M USD of box office collection in a matter of just few days is no small feat. A marketing wonder and a fine product… what do we learn from it?

Firstly, it has a clear target audience and understands what appeals to them. Most of them love to fantasise; they are self-confident bordering on pride of being a cut above the rest; also, possibly they love to consume more than what they require. Disney puts this knowledge to work very well. The storyline is an adventure, different from an average fiction-based opera in many ways of film-making and is available in multiple formats for consumption – merchandise, 3D, 2D and many kinds of sneak peeks. Thus it satisfies the need of its target audience to experience exclusivity, fantasy and consumption-therapy.

Smart minds can only have such a great clarity of the preferences of their target audience, figure out the parts which are not addressed by their competition and can bring out a product that addresses the gaps while their other peers are left in the cold watching the phenomenon. In our current times, access to information and analytics is ubiquitous. So, one wonders why it is so difficult to find the unaddressed preference of their target audience. Think of flipkart and amazon, Coke and Pepsi, LG and Samsung, many others… we will get a feel of the complexity involved in differentiating the offering. However, one has to keep discovering that part of the pie which have a certain characteristic which is not tapped by the competition. We need a Starbucks moment where it delivered the experience of the ‘third place’ and coffee was just incidental.

Secondly, I see tremendous rigour in their execution that we can all learn and try outperforming. They mobilized the different parts of the organization to promote the film; the merchandise was launched way ahead of what the normal practice has been; 3D and 2D versions have been out the same time; it has been almost a global launch rather than following the wisdom of focusing one geography at a time; they coined labels like Force Friday which was appealing across the cultures just to launch the merchandise and of course, leveraged on the cult that has been developed since 1977. This must have taken a huge effort to enumerate the plan and execute them rigorously. 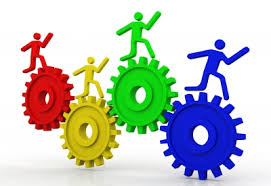 Many a times, organizations cannot get their acts together due to the lack of alignment between various stakeholders, differing priorities of each of them and so on. It calls for a lot of strength in leadership to unify the objectives and align the energies of the people. There is no alternate to rigour in execution.

Last but not the least, the timely collaboration stands out. The tie-ups that they did with various publications, consumer product companies, media and so on helped the cause of the epic staying on top of mind for the target audience. This created a tremendous pull to consume not only the movie in 3D format but in several other formats and pride owning several pieces of merchandise. All these collaborations being done in harmony and complementing one another created the impact that it has.

Organizations at times suffer from execution troubles and at times are not willing to leverage on the others to a mutual win-win. They believe in their own strengths, worry about dilution of their philosophy and see a lot of risk in spreading across multiple channels; they stay away from possible leverages. Star Wars has proven it otherwise.