Introvert or Extrovert – it doesn’t matter 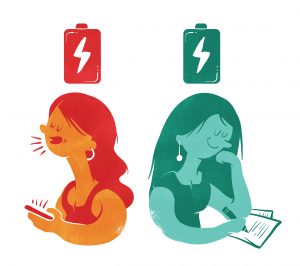 Our society celebrates extraversion, the tendency to be outgoing, expressive, assertive and sociable. Schools and families tend to show disdain towards children who are reserved and tend to be quiet. We are told, human beings are gregarious and hence, we must improve our sociability quotient. Organizations achieve results by working in teams, influencing one another and inspiring groups of people. Hence, it is important to be expressive and connecting with others. Introverts are labelled as shy, anxious and under-confident. For leadership roles, most interviewers tend to prefer people who exude confidence and are articulate.

Is this fair to judge someone by one’s preference to live life in a certain way? Are all leaders extraverted? Is it necessary to be an extrovert to be a good leader? Is introversion a handicap to emerge as a leader? Answer to all these questions is a ‘NO’.

Understanding people who they are

Susan Cain, author of Quiet: The Power of Introverts in a World that Can’t Stop Talking tells us how we have narrowed our world-view and started promoting a certain kind of personality trait. As mobile technology has been engulfing us, an increasing number of people are either not developing their social skills or losing whatever they had. Our organizations have young employees who normally prefer engaging with others through chats, emojis, emails, blogs, status updates and comments rather than face to face conversations and physical meetings. They need quiet corners to work rather than the traditional din and bustle of an office space.

Introvert or extrovert, it doesn’t matter, everyone has a preference for the way they want to accomplish a task and the way they discuss and deliberate a topic. The peers, seniors and subordinates need to understand the person’s style and work accordingly. Some people may like to respond instinctively while some others might want to think through it and form their opinions. So, we shouldn’t push everyone to react instantaneously on an issue. Deliberations on an issue have to be held in such a way that personalities of either type get the right environment to contribute. One has to invest energies in understanding the other as a person and engage accordingly. It calls for empathy and genuine care for the others.

Extroverts are naturally expressive about their feelings and thoughts. They bring spontaneity, energy, candour and articulation to any interaction. In situations where the group has a large number of introverts, conversations become dominated by the extroverts and nobody listens deeply. The introverts could quietly switch off and feel discouraged to express their opinions. And at the same time, the extrovert loses the opportunity of listening to other perspectives.

Similarly, introverts prefer conversations to be focused and planned. They would like to think about the topic in advance and present their views. They do not like to react on the fly. At Amazon, they start meetings with quiet reading time of a memo that spells out the agenda. This is an ideal scenario for either type of executives to contribute meaningfully.

Leaders plan conversations and drive an agenda in a discussion. It is their skill to guide the conversation in such a way that all the team members are able to contribute meaningfully. They delegate tasks and responsibilities to their people such that the strengths of their people are leveraged appropriately.

Many Successful leaders in the world are introverts

Introverts are not necessarily shy people. Neither they are anxious. Shyness is a state of mind that makes one awkward or uncomfortable in interactions with others. Normally such a feeling creeps in when one is apprehensive or fearful of the situation, either due to lack of knowledge, expertise or preparedness or an anxiety that stems from past experiences or an ego-driven issue. Extroverts could also feel under-prepared and shaky; they tend to express their state of mind in other forms of emotions too. Though many tend to link introversion with shyness, they are different phenomena. When someone is shy, it is not possible to communicate meaningfully. However, shyness is not a direct result of introversion.

Introversion is the preference to stay away from a crowd, interacting with a large number of people and so on. Introverts may prefer one-on-one meetings and small group meetings to public meetings and large stages. Hence, it is unlikely that an introvert will like to take on roles such as a movie actor, a stage performer, a public speaker, a preacher, a coach of a football team and so on. However, we have had legendary leaders like Albert Einstein, Bill Gates, Steven Spielberg, al Gore, Mark Zuckerberg, Mahatma Gandhi, Warren Buffet, Elon Musk, Barack Obama and many more who are believed to be introverts. Some of them have openly talked about their styles and preferences of introversion.

Introverts and extroverts, both have their unique preferences and strengths. Organizations need to combine them and produce something meaningful and powerful.