Are you the leader who seeks complete control | CielHR.com

Are you the leader who seeks complete control? 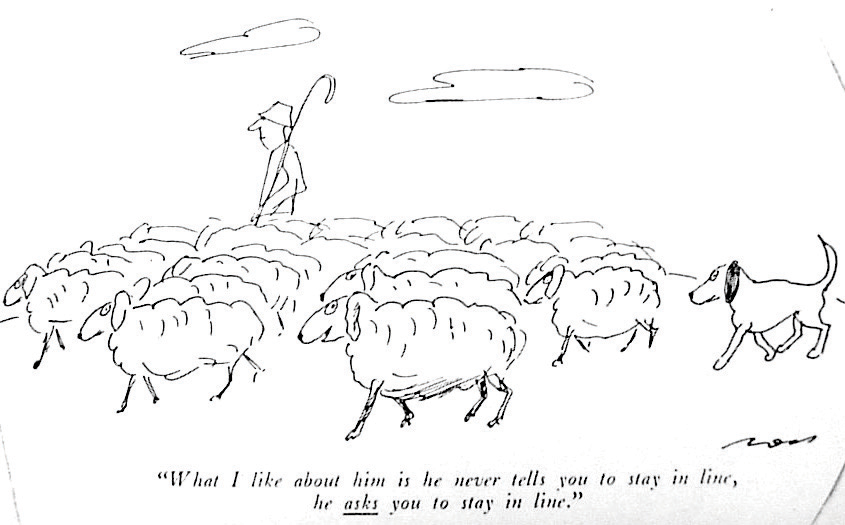 We associate autocracy, dictatorship, authoritarian styles to tyrant leaders like Hitler, Stalin and Fidel Castro. But, there is a bright side of this unique style. Think of Henry Ford who created a great impact in the auto industry. He is known to have followed the autocratic style of leadership with his belief in economies of scale and assembly line manufacturing. Ford Motors created thousands of jobs and a solid history. Leaders who consider themselves as experts and have a huge conviction.  In a cause, do not consider it essential to seek opinions of others, build alignment of thoughts and so on. They are action-oriented; expect their flock to carry out the instructions perfectly with the same conviction without questioning the purpose behind the efforts.

It works well in some situations!

Across the world, this style works well in the military because they do not have the time to build consensus and alignments with the troops. The leader is expected to make the right decisions given the support system that is working elsewhere. The members of the troop are expected to stay battle-ready and wait to receive the instructions from their leader. The trust is implicit and a foundational principle here.

Similarly, in a factory or in a construction site, the work processes are so complex that the workers have neither the knowledge nor the wherewithal to decide if the tasks carried out by them are worthwhile for the business or not. They just carry out the assigned tasks in the manner they are told to do. In return, they expect a secure job and fair wages. The leader assumes great responsibility in such cases and is obliged to do the best to ensure that the team reaches the goal.

The common belief is that autocratic leaders are control-freaks, keep a close watch on the tasks being performed, do not trust the people in their team, do not recognize the efforts being put by the individuals, reap hugely lucrative rewards vis-a-vis the earnings of their teams and are short-term focused. However, this is a bit of over-generalization and hence, unfair to paint the canvass with a single stroke.

Like we say, horses for courses, leadership style demonstrated by the leader must match the need of the hour and the context in which the team has to perform. To lead highly skilled scientists in an R&D laboratory is a task very different from leading highly skilled commandos in a counter-insurgency strike. Similarly, leading a team of factory workers in an assembly line is very different from leading a team of engineers ensuring consistent performance of a data-centre.

One size doesn’t fit all. So, a leader has to bring the right mix of leadership behaviours to the team. She or he has to communicate, delegate, build trust, receive feedback, inspire the team to pursue lofty goals, show the bigger picture and deal with reactions of the team-mates. While an autocratic style is closely identified with instructing the team, monitoring progress and pushing them to achieve bigger targets, a successful leader shows the other facets of leadership behaviors at the right time.

Do not lose control over your intentions!

In the military organizations, the leader makes his intentions clear to the troop and the soldiers become clear about the goal. While the broad strategy is known to the troop, it is impossible that the leader can tell them what to do at each step of combating the enemy. They apply the principles that they have learned and do their best to realize the goals defined by the leader. This works all over the world. However, we see business enterprises struggle to achieve this level of maturity.

At times, a leader invests a lot of energy in alignment and consensus-building. In the process of give and take, often the intentions agreed jointly become an octopus, hard to manage and often invisible! We can well imagine, the organization fails in these situations in spite of the best efforts of the leader to co-create the intentions and goals.

There are situations when a leader tries to have a close oversight. The team perceives that the leader doesn’t trust anyone; doesn’t value the ability of anybody in his team. The energy drops, momentum declines and commitment falls. Naturally, the organization fails to deliver.

Ideally, the leader has to keep a good control on the intentions and evolve the principles for the play. He must communicate with his team in such a way that the players in his side are clear about these. They have the freedom to apply the principles in their respective tasks. Leadership, I think, is about a good balance in multiple dimensions. One must draw upon these dimensions of energy in the right proportion to make the ideal mixture that paves a strong path to success.