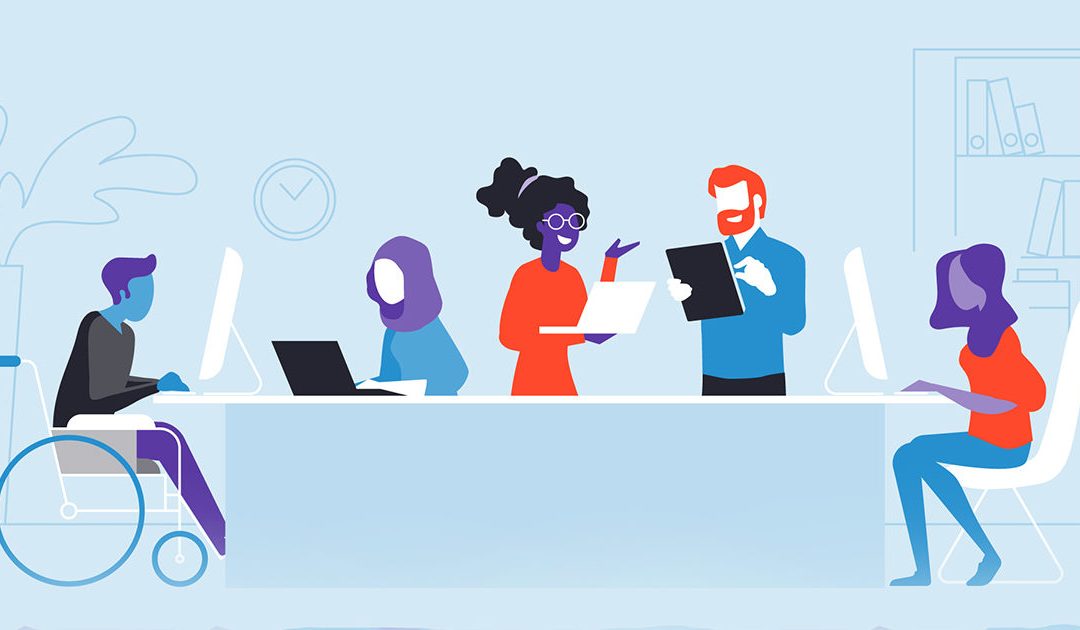 Diversity is a fundamental characteristic of mother nature that holds all of us together. Anything natural that we see around us is unique and unequal. We see limbs in the human body as a pair such as the eyes, hands and legs; each of these limbs though in a pair is different from the other in many ways. Families are formed by combining human beings drawn from different backgrounds and experiences, however, when it comes to organisations, we do not necessarily follow this practice. Rather we look for people who are better aligned with our likes and beliefs.

Why diversity is needed?

Before the industrial revolution, almost everything was hand-made piece by piece, thus making each item unique and thus, diverse. Since machines have been manufacturing or producing items at a large scale as identical copies at a rapid pace, they have taken away the diversity from our lives. But we are happy to experience speed, uniformity and simplicity. This works well for the world.

Modern organisations have naturally been attracted to the benefits brought by the economy of scale and traditionally been attracted towards the cookie-cutter approach in everything they do. As a natural progression of this phenomenon, leaders have looked for employees who are willing to align with their style and trust their leadership. Every such organisation becomes a homogeneous unit and operates within the boundaries of comfort zones defined by the leader. Decision-making becomes relatively easy because everyone in the firm looks up to the leader and in some ways, wears blinders while running the race in the world of work.

Globalisation has interconnected the supply chains strongly and changes in market forces have become rapid. To stay relevant in the market, every business has to keenly watch the developments happening inside as well as outside the organisation. When employees come from similar backgrounds, their capabilities, experiences and insights tend to be homogeneous and lack variety. As a result, they limit the power of perspectives they bring together; all possibilities are not holistically thought through. Hence, diversity is a critical building block for all well-meaning and ambitious organisations.

Diversity could be disruptive

When people from different backgrounds come together to form a unit as opposed to people from the same college or town coming together in a team, it takes time and energy to know one another, build human relations, align towards the same purpose, agree on norms of working together and build mutual trust. The leader has to play an important role in the process of bringing everyone together and keeping a sharp focus on the unit’s objectives.

The differences among the members of a team could be in the form of age group, gender identity, language and culture, socio-economic status, educational background, past experiences and habits. All these factors impact the way a person thinks and acts. A leader has to work with the person to understand him or her and facilitate a congenial working relationship with the rest of the team. This calls for conscious efforts and proactive steps which take some time away from the hours available to run the business. Though it sounds disruptive, the value it creates for a business by adding to the human capabilities of the team is immense.

How do we operationalise it?

Firstly, the leadership team has to believe in the value diversity brings to them and must demonstrate it by consciously listening to the opinions, experiences and perspectives of people from different backgrounds, ensuring diversity in forming teams and openly speaking about the value of diversity. They must acknowledge that building and running a diverse organisation is not easy, but they are happy to do it because of the goodness it brings to their unit. They must show their happiness in building a diverse team that is a microcosm of mother nature.

Secondly, organisations must identify the areas where they need to improve diversity and set goals for those areas. These goals must be assigned to the leader of that area as well as the HR team that partners with the business leader in implementing the diversity agenda. This agenda may include recruiting people of certain backgrounds to diversify the talent base, training and developing the members of the unit to improve their understanding and appreciation of diversity; the agenda could include developing leadership behaviours and the potential of the team to take on larger roles in future.

Mother nature has remained relevant and thrived; so can organisations do!