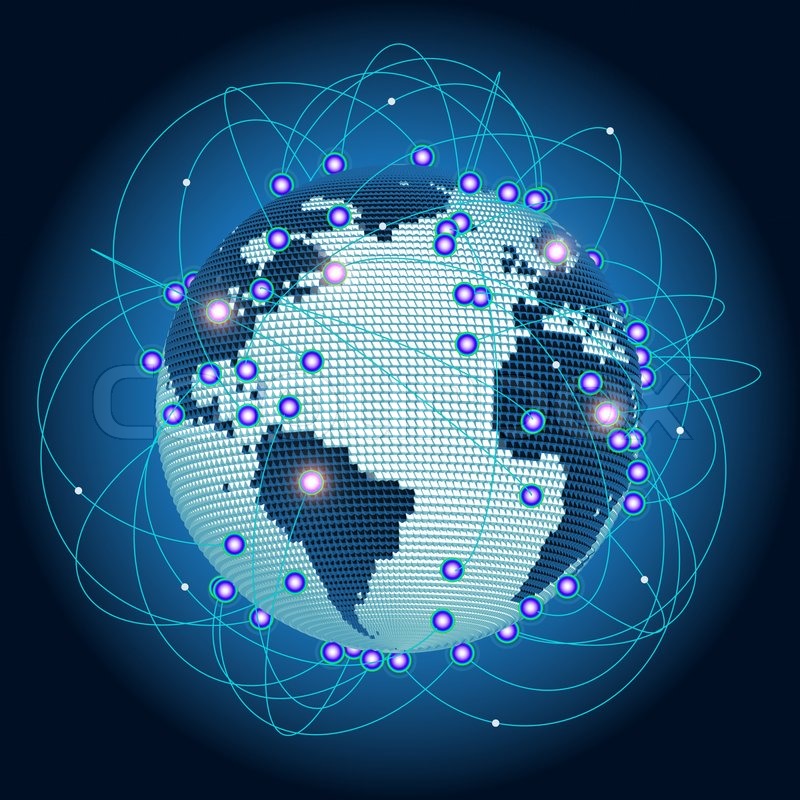 The metaphor ‘World is Flat’ was made popular by the American journalist and author Thomas L. Friedman in his book ‘The World Is Flat: A Brief History of the Twenty-first Century’. Here the world was viewed as a level playing field in terms of commerce, wherein all competitors have an equal opportunity.

Globalization 1.0, during which countries and governments were the main protagonists. Globalization 2.0 which lasted from 1800 to 2000, was an era where the global market is born and here the “dynamic force driving global integration” is multinational companies. Globalization 3.0 will continue to shrink and flatten the world.

From Outsourcing and offshoring to supply-chaining has enabled new business models to take over and rule the modern economy.

Friedman defines ten “flatteners” that he sees as leveling the global playing field:

Friedman called the flattener “When the walls came down, and the windows came up.” The event not only symbolized the end of the Cold War but also allowed people from the other side of the wall to join the economic mainstream. “11/9/89” is a discussion about the Berlin Wall’s coming down, the “fall” of communism, and the impact that Windows-powered PCs (personal computers) had on the ability of individuals to create their own content and connect to one another. At that point, the basic platform for the revolution to follow was created: IBM PC, Windows, a standardized graphical interface for word processing, dial-up modems, a standardized tool for communication, and a global phone network.

Netscape went public at the price of $28. Netscape and the Web broadened the audience for the Internet from its roots as a communications medium used primarily by “early adopters and geeks” to something that made the Internet accessible to everyone from five-year-olds to ninety-five-year-olds. The digitization that took place meant that everyday occurrences such as words, files, films, music, and pictures could be accessed and manipulated on a computer screen by all people across the world.

This is Friedman’s catch-all for the standards and technologies that allowed work to flow. It is the ability of machines to talk to other machines with no humans involved, as stated by Friedman. Friedman believes those first three forces have become a “crude foundation of a whole new global platform for collaboration.” There was an emergence of software protocols (SMTP – simple mail transfer protocol; HTML – the language that enabled anyone to design and publish documents that could be transmitted to and read on any computer anywhere) Standards on Standards. This is what Friedman called the “Genesis moment of the flat world.” The net result “is that people can work with other people on more stuff than ever before.” This created a global platform for multiple forms of collaboration. The next six flatteners sprang from that platform.

Uploading involves communities that upload and collaborate on online projects. Examples are open source software, blogs, and Wikipedia. Friedman considers the phenomenon “the most disruptive force of all.”

Friedman argues that outsourcing has enabled companies to split service and manufacturing activities into components that can be subcontracted and performed in the most efficient, most-cost-effective way. This process became easier with the mass distribution of fiber-optic cable during introduction of the World Wide Web.

This is the internal relocation of a company’s manufacturing or other processes to a foreign land to take advantage of less costly operations there. China’s entrance in the WTO (World Trade Organization) allowed for greater competition on the playing field. Now such countries as Malaysia, Mexico, and Brazil must compete against China and one another to have businesses offshore to them.

Friedman compares the modern retail supply chain to a river by pointing to Wal-Mart as the best example of a company that uses technology to streamline item sales, distribution, and shipping.

Friedman uses UPS as a prime example for insourcing, whereby the company’s employees perform services – beyond shipping – for another company. For example, UPS repairs Toshiba computers on behalf of Toshiba. The work is done at the UPS hub by UPS employees.

Google and other search engines and Wikipedia are the prime examples. “Never before in the history of the planet have so many people – on their own – had the ability to find so much information about so many things and about so many other people,” writes Friedman. The growth of search engines is tremendous; for example, Friedman states, Google is “now processing roughly one billion searches per day, up from 150 million just three years ago.”

The steroids are wireless, Voice over Internet Protocol, and file sharing and are used on personal digital devices like mobile phones, iPods, and personal digital assistants; on instant messaging; and on Voice over Internet Protocol (VoIP). Digital, mobile, personal, and virtual as well as all analog content and processes (from entertainment to photography, to word processing) can be digitized and therefore shaped, manipulated, and transmitted; and these processes can be done at high speed with total ease; mobile can be done anywhere and anytime by anyone; and can be done by anyone.

Friedman argues that the winners will be those who learn the habits, processes, and skills most quickly—and there is nothing that guarantees it will be Americans or Western Europeans permanently leading the way.

One advantage that the billions of people that have only recently joined the “playing field” enjoy is that they do not have to “worry about all the sunken costs of the old systems.” They can skip stages of development. Chinese use more cell phones than Americans, in part because they “skipped over the landline phase.” The world’s economy is changing, and that change is largely being driven by individuals rather than governments because individuals can now meet and interact using online services. People used to rely on visas to travel to areas with opportunities, but now, people can collaborate and innovate remotely without having the need for travel.

As we stand today, the world on one side is trying to adjust with an ageing Japanese and European population and on the other side, the millennials are becoming the primary driving force in rising economies like India. This successful transition in the workforce regime has been possible for a number of factors like seamless connectivity, the older generation finding it difficult to keep the pace with the technological development and innovative ideas taking over traditional ways of running businesses. There are younger CEOs and older people are reporting to them. We are moving from the norm of seniority to meritocracy. Thus, making the world flatter in the process.

The ugly heads of people with extreme beliefs and religious fanaticism keep propping up time and again. But ideologies and beliefs which are far flung from the ground reality are finding it difficult to suppress information. The new and more open world is about information, the real deal is now in the terms of meaningful data. The shift in power is now in terms of who has the right information at the right time or so to say before-time. That is the reason why data analytics, machine learning are becoming indispensable for any firm.

We are moving towards a world with more efficient labour, optimised productivity and assisted intelligence. With cryptocurrency, the world is shrinking further and further. Technologies like blockchain are promising enough to make transactions more secure, yet transparent and cull down the barriers of information.

The world today is flat, technologies will make it flatter as we move ahead. With the rise of Industry 4.0, Globalization 4.0 will kick-in and completely wipe out the barriers. Automation and Artificial Intelligence are bound to play a crucial role in this regard.

5 Ways to Cut Down Employee Attrition