Whats next on metoo | CielHR.com

What’s next on #MeToo? 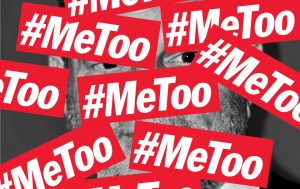 Scientist Benjamin Franklin, one of the Founding Fathers of the United States had famously said, “A house is not a home unless it contains food and fire for the mind as well as the body”. Our houses have become homes in the last few weeks with a lot of food and fire for our minds. Debates, discussions, conjectures, swipes and swats have been all over the place about the behaviours of men and women towards someone who appeared weaker than them. A great amount of social awareness has livened up the last few weeks.

Do you need to go soft?

We are faced with challenges to redefine boundaries around inter-personal relationships not only at work and public spaces but also within a family and among relatives. When you are a boss, you reprimand an erring team member, celebrate successes of your team and get the members to stretch the limits. Over a period of time, people develop certain habits – their way of addressing colleagues, reacting to tough situations, motivating someone to walk the extra mile and so on. In the current context, one is rethinking if any of these behaviours could be an excess, a team member could reach the internal complaints committee feeling marginalised, violated, harassed, humiliated! Is there a need to go soft?

Needless to mention, there is fire burning and there have been many casualties. Hopefully, all of them are guilty and they are receiving the punishment albeit late than never. In the process, there will be some collateral damage, for sure. However, it doesn’t mean, one needs to make an extra effort to be nice and wear a mask of sweetness and distance. As long as one’s intentions are clear, there must be no fear of trials.

Why does one tolerate the abuse?

There have been millions of posts and tweets in the last one month on #MeToo. There is no denying the fact that an overwhelming majority of them are genuine. They all suffered silently due to a score of reasons. They did not have the courage of resisting the pain when they faced it. They did not realize, they were one among many victims. They chose to side-step the issue, tried to run away from it wherever possible, take it in their stride when they couldn’t duck it; some of them had to quit the scene and sacrificed their dreams because it was too much to bear.

Now that the dark underbelly is out in the open, nobody needs to tolerate the abuse. Rather, we need to know what kind of a situation is an abuse. We have POSH Act in India. Organizations will soon take actions to explain their employees what could be an abuse, violation or harassment. And at the same time, there should be clarity around dealing with false, frivolous or vengeful complaints so that noises are dissuaded from creeping into the system and distracting the mainstream.

#MeToo need not be a moment for the women alone. A woman could abuse her authority or power to exploit another woman or a man. Worse when someone cannot resist the temptation of tolerating the abuse. One might have consented wilfully because the person received a favour in return. Sometimes one tolerates the abuse because one wants to buy the security of the current entitlements and finds no other alternate path to pursue. Sometimes one is a prisoner of ignorance because one has landed up in a new world accepting the abuse as the norm and reconciles with it. In any of the three situations, one cannot justify the action of the predator. We have to keep them at bay and build our social fabric in such a way that the predatory thoughts are curbed at the bud.

What do organizations do?

Organizations have policies and procedures. Law of the land mandates the employers to have a structured approach to deal with the offences at workplace. However, they do not prevent harassment.

Values and beliefs of the founders, the lives led by the senior managers and the decisions taken by them day to day determine the internal environment. The way you express camaraderie, conduct at the workplace, take care of customers, push the limits and negotiate tough days are all determined by the culture in the organization. It takes years to establish the culture and a few days to spoil it.

The leaders on the floor have to play the role of making the house a home that provides safety, peace, joy and growth to all its inmates. Our homes and schools need to lead the way of defining what a home is and its rules.