What can you do when your employer company is getting acquired | CielHR.com

What can you do when your Employer Company is getting acquired? 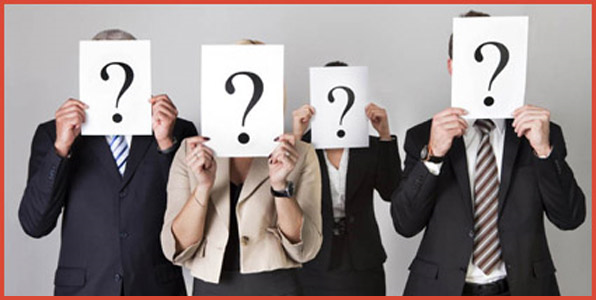 Often the leaders do not communicate openly about the state of affairs and the developments taking place in the company. The grapevine works overtime to weave stories about various possibilities such as job losses, new roles and the future plans. On the whole, there is a huge loss of productivity in the organization. The confusion gets accentuated and the firm’s reputation takes a beating.

Some organizations keep their folks informed at the right time. Senior leaders hold open house communication and percolate it down the rank and file. In spite of their intention of being transparent, they have no idea of the plans for the future, changes in strategy, the new organization structure and most importantly, who will be in what role and who the manager will be. This situation creates high levels of anxieties, impacts productivity and brings instability.

We are seeing news about companies getting acquired and acquisition bids being made. There are uncertainties around strategy, structure and roles. What can employees do?

Leverage on your track record!

Performers are valued in meritocratic organizations. In spite of a change in ownership, performers have always sought after. If one has the track record and the reputation among the colleagues, customers and partners, it is unlikely that one faces a threat of being pushed into oblivion. There are exceptional situations, of course! The new organization structure might not have an equivalent role and hence, one might become redundant.

In either case, it is advisable that one does the homework and explores opportunities within and outside the organization. Often the manager who puts up a brave face has no idea about his or her own career in the organization. Hence, taking advice from the senior colleagues within the organization may not be enough to plan the next steps. It is important to speak to a wide spectrum of people and make the next move.

While there is no need for a strong performer to panic, it is good to act as soon as the news is in the air. Rather than waiting for the clarity to emerge and the changes to be announced in due course of time, one must develop options. Starting early boosts one’s confidence at the time of searching for a carer option. Further, one is calm and confident to face any kind of news which might come on one’s way.

Just in case, one gets a bigger and better role internally, one can reject the new options. At times, the new organization takes time to roll out the changes. In that case, it is good to make the first move and evaluate internal possibilities vis-a-vis the external job offers. So, performers must see the this as an opportunity to explore various options internally as well as externally showcasing their track record.

Many a times, employees get very distracted at the outbreak of the news of their company being taken over by another group or the change in management team. They feel nostalgic all through the change process and do not align well with the new priorities. They resist adapting to the new ways of life at the workplace. They become pessimistic about the future. Any change is hard, but one must not accept defeat in the war without going to the battlefield.

Only when one accepts the change wholeheartedly, it is possible to think rationally and decide the course of action. Possibilities are many! One must prepare for various scenarios. In the worst case, one might lose the job or end up in a situation where one has to quit. Then, one has to plan for a few months of staying between jobs. One needs to prepare for financial resources, social support systems and emotional reinforcements to live each day meaningfully. Moreover, one has to do all the preparation to develop other alternates including starting on one’s own.

One could get a new boss who has limited knowledge of the market and your role. However, in the new organization, she or he is the boss and you have to align. It works well to be proactive and take the first steps rather than waiting for the new boss to make the first moves and a new script to start playing. You have to build bridges with the boss and the other stakeholders in the organization in the new configuration. At times, one gets captivated  and imprisoned by the past. This does not help in going forward and embracing the change.

In spite of the best efforts, sometimes the relationships do not blossom and the desired levels of trust do not get built. That could be the time when you can take the step of going in a different direction without the regret of not having tried enough to make it work.

Undoubtedly, change in management brings forth uncertainties on employees and their careers. One must accept the change, build relationships, develop options and take a rational decision to choose the best rather than resisting the change and feeling nostalgic about the good old days!

Hire the best aptness for your organization