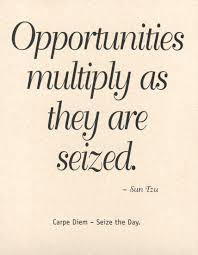 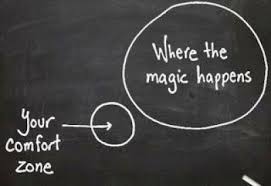 By virtue of my occupation of being a Recruiter, I have been fortunate to interact with thousands of individuals who discuss about the possible career options for them. Almost every time they saw the two sides of the coin – one side was risk-ridden and the other promised a bright future. They were confused; they weighed both the sides of the coin and took a call in the favour of one of the two. I wondered how the ultimate analysis looked like!

Some people were naturally more risk-takers. They were attracted towards the promising future and jumped the ship. While most of the times, the new opportunity proved to be better, there were a few cases when it was a damp squib. However, the new innings was not hunky dory all the time. Some felt frustrated with the experience; some took it in their stride and moved forward; some had a dissonance after having taken the plunge and felt nostalgic about their past; and many such emotions surfaced. I think, there are a few attributes of the personality which drive the behaviour of the person.

We all know, risks and rewards are two sides of an equation. Higher the risks, higher are the rewards barring a few exceptions. For someone, a situation might appear to be posing more risks than the rewards while for another, the reverse could be true. This assessment of risk and benefits is a rational process that plays out in everyone’s mind in any activity that we carry out. In this rational process, the personality attribute and the context of a person plays a role.

Some people adapt well to the demands of a situation, readjust their perspectives and change their thinking. They do not make quick judgements; even if they arrive at a conclusion in their mind, it’s not etched in stone. In today’s times of high pace of change and uncertainties, it is natural that a business leader will need to be flexible and adaptable. If one is uncomfortable with the idea of flexibility in decision making, one stays the path of the status quo. Possibly, the path of status-quo poses the most risks! One has to continuously be evolving. One must introspect each day and stack up the experiences gathered along the way. Every decision doesn’t give rise to a success; neither to a failure. So, we have to keep collecting these precious chips on the way so that we can use them in the future. Hence, firstly, it’s adaptability and open-mindedness that lead one to seize the opportunity. And secondly, it is the ability to introspect and connect the learnings up!

Last but not the least, it is the context that plays an important role. At times, people let the heat rise up until it’s unbearable. They start seeking an opportunity when their confidence has hit the ebb or their knowledge and skills have become obsolete or they can no more lift the burden which is most often self-imposed. This in other words is boiling frog syndrome where the person keeps adjusting until the water around is at its boiling point threatening to choke the life. One must recognize the context one lives in and decide if leaving the status quo is a risk or an opportunity.

Stay open to new ideas, adapt to new situations, learn from the experiences and recognize the context if status quo is worth it! Seize the opportunity and stay positive!