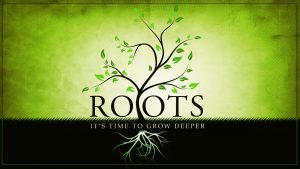 “A tree stands strong not by its fruits or branches, but by the depth of its roots.”

Leaders dream a bright future, set their eyes on a mission along with their teams and direct them to realize the mission day to day. They need to keep winning the confidence of their team members each day of their work. It is not an easy feat to achieve. The first step in that direction is to stay authentic and genuine rather than wearing a garb of a different personality. It is not easy to fake one’s beliefs and actions each day at work.

Multi-faceted personality is a myth

Many of us think that a leader at work has to behave in a certain manner to prove one’s capability, flex one’s muscles of authority and demonstrate a set of personality traits. We end up acting as someone else while our beliefs at the core could be someone else.

One might be gentle and soft with friends and family. He or she doesn’t have to be commanding and rude at work just because he or she has to show others who is in charge. It is not easy to live a good life when one consciously wears a mask at work. This becomes tougher when one has to do this many times a day being subject to offensive attacks and challenges. One has to work overtime to keep the mask intact and hence, internal conflict and stress.

Each one of us have multiple facets of our personality, however one need not use this strength to portray oneself as someone else. It is not easy and moreover, it’s unnecessary to bear the brunt of self-created stress.

What about the style of my role model?

It is good to have role models and admire certain aspects of their style. We behave in a certain way because at the core of our persona, we have a set of beliefs and we respond to a situation basis these beliefs. Our role model does the same. Steve Jobs and Bill Gates behave differently when they spot an opportunity because their core beliefs are not exactly identical. Both could be my role models for specific aspects of their personality. I do not have to simply copy a style from either of them.

Self-realization is the key

Leaders encounter situations of conflict, shortcomings and failures; and sometimes, situations of opportunity, success and plenty. They respond to each of these stimuli based on what we believe deep within. All leaders need not have the same set of beliefs and values in entirety.

A study by Harvard Business Review on leadership style shows that there is no cookie-cutter leader. Each individual having a unique combination of characteristics, traits, skills and styles that led to their own success. One common theme emerged in the study that the successful leaders consciously take in their real-world experiences, explore who they are at their core similar to peeling an onion layer by layer and define their own characteristics. They understand, being authentic helps them greatly.

Successful leaders are confident in presenting to their team members who they are. They learn from all stakeholders of the business and do not hesitate to share their beliefs and thoughts with the team. This helps the leader gain respect and acceptance among the members of the team.

A tree stands strong not by its fruits or branches, but by the depth of its roots. Similarly a leader stands strong when he or she is deep-rooted.