Impact of brexit on the job market in india | CielHR.com

Impact of Brexit on the Job market in India 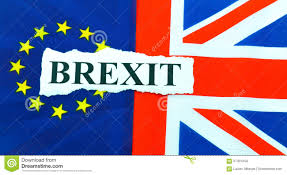 Brexit was a shock for the most. If UK Parliament accepts this and leaves the EU, undoubtedly, it would have repurcussions on the global order on economy, travel, geopolitics and so on.

What’s the impact on India?

Leaders in India mostly supported the stance of Cameron and suggested ‘Remain’. However, the voters favoured ‘Leave’ because they do not like the migrant labour and think that their financial situation will be better if they existed as a nation independent of EU. The proponents of the Leave campaign could capture the attention of their people and focus their thoughts on the challenges that UK faces in permitting migrant population. Our leaders in India have put up a brave face like many other world leaders and said that India would not be impacted significantly. Would it impact on the job market?

Firstly, Indian companies operating in India would have to face a plethora of challenges as a result of a weakening Pound and the procedural uncertainties around trade with the other nations in the world. This performance could have an impact on their overall performance negatively and could have a domino’s impact on the jobs that they create in India. So, it’s a negative impact on the job market in India!

Secondly, as a majority of economists have predicted, Rupee could slide down with respect to the US Dollar and Euro. This will inflate our bills of oil imports and push up the inflation creating pressures in our economy. The core sectors in our economy are already stressed due to lack of growth in investment and hence, the job creation process is yet to take off in any big way. Over the next two years, if the inflation increases and the investment cycle doesn’t take off in a bigger way, job creation in the core sectors of our economy such as manufacturing, energy, heavy industries, infrastructure and agriculture will be negatively impacted. One has to pray for better monsoons, huge uptick in FDI and investment in PPP route, success of Make in India and so on to offset the rise in oil import bills. Everything remaining the same, Brexit will have a negative impact on our job markets.

Last but not the least, given the likely depreciation  of Rupee, our exports will become more attractive for the western economies. This could make our industry sectors in IT, Outsourcing, Exports such as automotives, commodities and other services attractive vis-a-vis countries like China, Eastern European countries and the South East Asia. Further, FDI investments in these sectors and inward remittances could accelerate. As a result, we will see our economy getting stronger and an increase in new jobs. This is a big silver lining in the dark clouds!

We have been witnessing continued weakness in job creation over the last few years. Given this context and the all the above considerations, the net impact is likely to be positive. In the medium term, Brexit is likely to be good for our job market. India’s major challenge of creating 10 million jobs each year could just get a little easy in the near term!

You will also like to read:- Augmented Reality (AR) in Human Resources (HR) Function