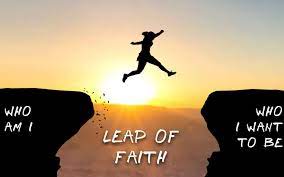 We are a recruiting and staffing services company helping organisations find the right talent. We come across several opportunities every week, but our service architecture does not fit most of these situations. We were giving a pass to those opportunities; over a few months, we passed hundreds of them and we hated to see this happen. We chanced upon an idea that appealed to many of us and we took a leap of faith to implement it. Soon enough, we realised, it was a hurried decision and not working. We decided to cut our losses and change course.

Every organisation spots opportunities and works on them to convert those in their favour. In the process of recognising an event as an opportunity, thinking of alternative routes to seize the opportunity and choosing one of them, every leader takes a unique approach. Some go by their gut feeling and some go to the other extreme of getting an external expert to get an unbiased view of the situation. In our case, a few of us sat down to talk about it; we went by the sense of the house and jumped into it. This was like a decision made based on gut feel. If the outcome would have been favourable nobody would have questioned the decision-making process.

In this case, as I reflect upon it, we did not enquire what assumptions went behind the decision. Many organisations make assumptions while taking a leap of faith and take strategic decisions which have huge upsides or downsides. Sometimes these assumptions could be uninformed and hence, the outcomes could go wrong.

Sometimes, in the course of business, despite the assumptions not being right, some other factors could come into play and accidentally yield the desired results. Smart and wise leaders watch out for these, recognise the mistakes and do not let go of the opportunities of learning from the mistakes. So, we must call a spade a spade. Assumptions could go wrong and we must recognise when they do rather than covering them up with the glitter of a favourable outcome.

Only mature organisations and their leaders have the guts to list down the assumptions made when they take a leap of faith. For example, when a new product gets introduced, certain assumptions are made about customer behaviours, market size, competing forces, patterns of buying, consuming and distribution; and a business plan is made. In case the desired results are not achieved after the launch, people go back to the drawing board and review the assumptions made. In today’s world of business, we face several variables and a tremendous pace of change. Thus, it could be too late to analyse the failures and make course corrections.

Rather the systems have to be agile and thus, we have to learn continually if some assumptions are not proving right on the ground and make adjustments in our approach towards the market or the project. Smart leaders and organisations do not despair if something goes wrong; they are extremely aware of the reality and willing to make corrections.

Stop or Pivot as required

Sometimes the progress made is hard to reverse or change the course one has traversed. In either possibility, it is important to stop the loss as early as possible than continuing to bleed with a project due to emotional attachments to it or for the fear of being seen as a loser by others. Leaders set the culture in the organisation and hence, must be watchful of how the rest of the organisation sees the failure of projects undertaken as leaps of faith. The innovation and risk-taking ability of an organisation keep it thriving in the long run. Hence, leaders have an important role in making sure that the assumptions are identified and listed right in the beginning; most importantly, the new initiatives must be reviewed at the right frequency to ensure that the victories are celebrated and losses are stopped as the case might be. The leaders have to be brave to move on and make course corrections wherever possible.