Do you combine strategy in your leadership role | CielHR.com

Do you combine Strategy in your Leadership Role? 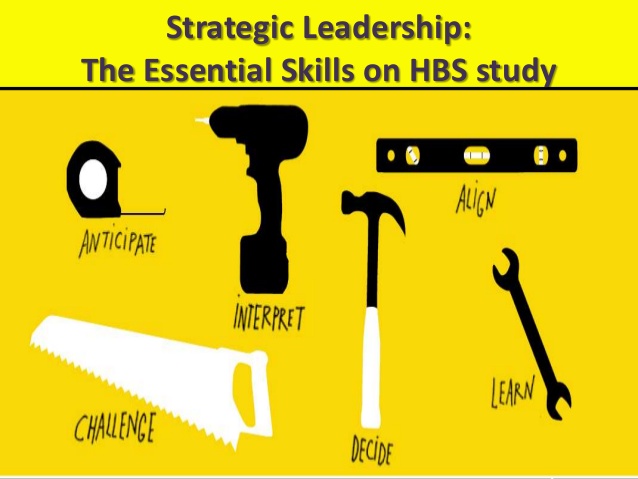 Leaders evolve the strategy in an offsite of a day or two and keep executing them until the next offsite unless there is an unprecedented disruption that faces them in-between. So, it is execution all the way interlaced with relatively a very small time to develop the strategy. Why is there so much of hullabaloo about this topic of strategic leadership?

Top leaders have to be skilled in developing strategy for an organization, translating those into action plans, measuring the progress made against the action plans and making course-corrections. The strategy is about making choices and hence, the most crucial part for the long-term future for a firm. One understands its importance vis-a-vis an operational decision. But, the question is about the percentage of time a leader spends in evolving the strategy. Is it more than 50% of his or her time?

One needs to be alert of what happens in the market and other industry sectors. One has to make sense of these and decide for oneself if these signals are strong or weak. At times, a strong wind of change might get ignored while a loud noise could be treated as a major signal. Resources and investments of firms go awry due to wrong choices made by the top leaders.

Observing the developments and interpreting them is not an act of a day or two. It is a continuous process and the first two steps in developing a strategy. Hence, it is not a mere 20% or 50% of the day-job, rather more than 100% of the day-job. Naturally, strategic leadership is the most critical for an organization and the best talent needs to get deployed on this esoteric task.

Do you engage your 6th sense and the 3rd eye?

Undoubtedly the top leaders have to deploy all their faculties in mind and heart to excel. However, is it really so esoteric and occult? How can we make it learnable?

A lot has been written on the topic. As a practitioner, I see it as a 3-step process and a skill that has to be acquired over a period of time. Luck favours the brave. So, with experience and quest for excellence, one can expect a bit of luck and make less mistakes.

The 3-step process starts with observation and reflection. The leader listens deeply, sees intently, reads widely and reflects to connect the dots. This is an ongoing process that runs in the background all the time. The second step is consultation and choice-making. And the last one is to develop an action plan and align the resources for it.

Many times, the top bosses are the visionary leaders; they delegate the execution of the action plans to the operations leaders. Is that the best thing to do?

Often great ideas do not yield good results and the first-movers do not succeed. One of the reasons behind such failures is because the visionary leader does not involve in day-to-day operations. Organizations celebrate when the new strategy is commissioned and a wow-effect pervades the atmosphere. The energy and enthusiasm decay soon after as the top leaders are not seen on the deck. Operations leaders take over but they fail to sustain the impact, keep an eye on the right metrics and make the necessary course-corrections at the right time.

People say, Steve Jobs was a visionary leader in his first stint in Apple Computers and did not have the operations strength; hence, the ideas that time did not get executed well. However, in his second stint, the ideas of iPod, iPhone, and iPad were great successes because of the right choices made in terms of strategy and the rigorous execution that followed each time.