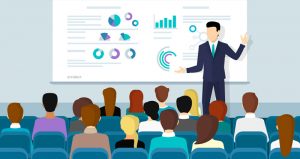 We have seen leaders, performers and speakers who captivate their audience as they deliver a speech. Everyone says ‘wow’ after listening to those words of wisdom, inspiration and imagination.  The members in the audience feel emotionally charged, get transported to a world they relate with and feel influenced deeply. They forget the presence of the others around them.

Many a times, we say, the speaker has charisma and hence, is able to influence thoughts and action of the people in the audience. Can one develop charisma and be a great speaker like Winston Churchill, Martin Luther King Jr, and John F Kennedy?

Be clear about the purpose of the speech

We listen to a great speech and are left with the memory of a great performance of the speaker. Sometimes, we reminisce the speech, but do not make a change in our behaviours. What is the impact of the speech other than feeling good about time well-spent?

In businesses and day to day life, there is a motive and objective behind every communication. The speaker wants the listener to do something in a certain way. This can be achieved only when the audience feels inspired to take action.

Leader of a team, a club, a company or an NGO tries to nudge the team to take some actions, make some changes and inspire them to rally behind the larger purpose behind their respective organisations. They address their teams as a group and try influencing the thoughts of their team members. Purpose of the speech is not to create a halo around the boss, build a perception that the leader is smart, charismatic and credible.

Rather, the purpose is to remind them of the challenges they face, the opportunities that await them and the possibilities of the future.

Read also: HR for the next decade

Do we really plan what to speak unless one has been invited to speak at an event? All of us know how important it is to prepare for anything in life. The old adage says it all : “Failing to plan is planning to fail.” Yet in our day to day life in the melee of priorities, hardly ever we plan before we meet our team or send them an email.

Some of us think, it is our daily life and hence, we can speak spontaneously. However, various research studies have pointed out to the fact that many employees cannot state the purpose of their organisation, let alone their business model, strategic priorities and future plans. Given this context, the leader has the responsibility to keep communicating meaningfully through a variety of platforms, from podcasts and emails to open houses, stand-up meetings and workshops.

Communication needs to be planned well in advance so that it has the necessary facts, the appeal and the purpose.

A speaker earns respect of his or her audience not because of the position or the resume of the person, rather by the conduct and performance. We have heard about stage fright, anxiety of facing strangers and fear of rejection. Every speaker might not have the stature and other physical attributes to convey one’s presence on a stage. However, there are a few aspects one can consciously practise to speak publicly on an issue and lead the audience on a certain path of thinking.

Firstly, one has to have the expertise on the subject matter so that credible facts, relevant anecdotes and appropriate analysis can be offered. Secondly, one has to be able to imagine the future, plan the journey towards those goals and articulate them to the audience. Then, one has to do the ground work to understand the audience, their thoughts, imagination and expectations. In the process, one builds credibility and establishes relatedness. Accordingly, the speech has to be crafted and delivered with confidence. Great speakers and leaders make it a point to be themselves rather than trying to portray a character that they are not. Listening to a leader’s words, manager’s suggestions and a coach’s thoughts is different from watching a movie or reading a fiction.

Audience expects the person addressing them to be genuine and honest; at the same time, they expect the person to be credible, passionate and an expert on the subject. Let’s match up! We would like to deliver great speeches that not only captivates our audience but also nudges them into action in the desired direction.