#BuildingTomorrow: The urgent need to Reskill and Upskill the existing Talent 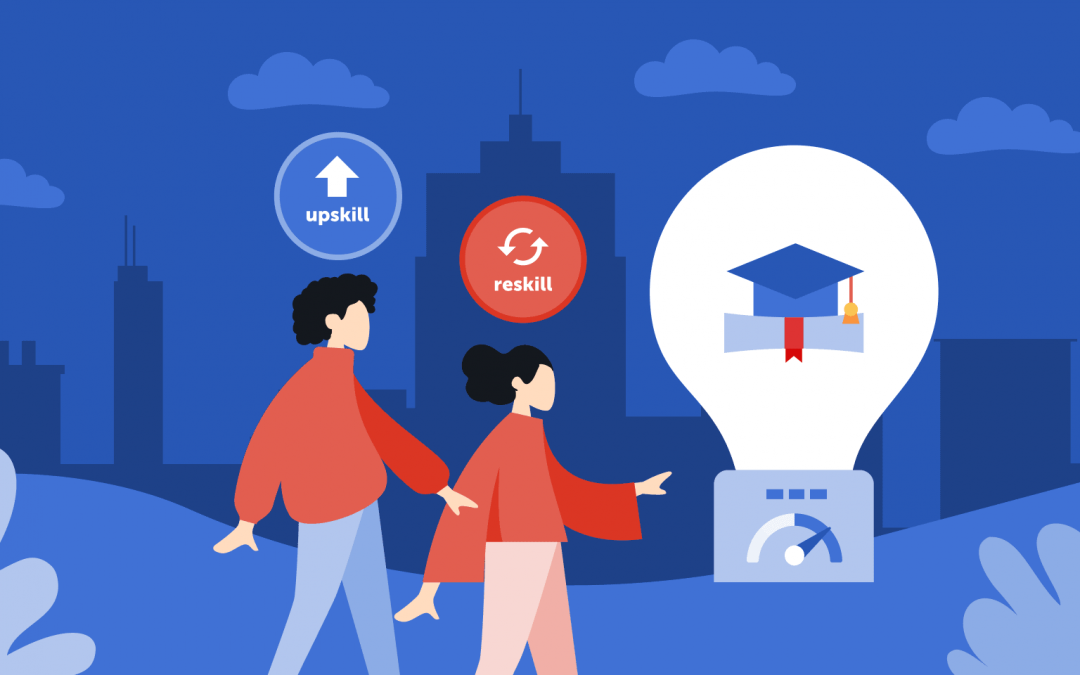 Just a few decades ago, as one graduated from a school or a college, it was safe to assume that the person is ready to start working and earning his livelihood for his entire life. It was safe to assume that the person will be able to hone his or her skills along the way. He does not need to learn any more hard skills; he would pick up experience, insights, soft skills and a few nuances along the way. When we started our work life in the early 1990s, we never thought that we have to study any further in a school or college anymore; we assumed that the days of being a student are over. In about 5 years, the situations changed drastically as the world started implementing IT and domestic markets became open to technologies from different parts of the world. The change has accelerated over the years, most pronounced has been the change onset by the pandemic. The momentum of change has been consistently northwards.

The case for upskilling and reskilling

With the advent of technology and economic progress, our habits are changing. As a result, jobs are getting obsolete and sometimes, industry sectors like airlines ticketing, bookstores and many others are slowly getting extinct.

Someone who did a sales job in a retail counter in the ’80s and ’90s has to now have a different set of competencies and exhibit them at a certain level of proficiency to be successful in a retail counter. The wares sold in a retail store are no more similar. The language spoken and the topics discussed with customers at the counter have changed. The mannerisms expected of the salesperson have changed, and the process of selling has undergone a huge change. The best salespersons of the yesteryears have had to either learn the changes and adapt or give way to the younger folks who were open to learning and eager to deliver.

Employers need to make it a standard practice to keep orienting their employees across all the functions in the organisation and redeploy them effectively. With the advent of automation, we see Robots, the Internet of things and Analytics are replacing many roles in an organisation that were traditionally performed by humans. Jobs in the supply chain organisations, customer support, passing routine transactions in legal, accounting, administration and operations are getting manned by robots, bots, and process automation software.

This trend is irreversible; employers and employees have to recognise these changes. Employers have to revamp their organisation systems and processes; accordingly, change their structure. Similarly, employees have to either shape up by acquiring new skills required for the new systems and processes or make way for the others. We will invariably see some of them failing in adapting to the new reality, while some will be quite adept at it and thus, emerge as winners.

Progressive organisations will bring in new machines and instil new processes. Not everyone in the workforce will be able to accommodate these changes. it might involve major changes which many need intense studies and passing certification examinations to be able to operate the new equipment or use the new process. Some employees may be high performers in the past; however, the past laurels do not qualify one to be using the new machine or the new process without the process of recertification.

We saw these on a large scale in the banks, postal departments, railways, airlines and various other government agencies when they underwent computerisation and digitisation programmes. We witnessed stiff resistance from various quarters, however, the new systems and processes have settled. Many employees of a long vintage were able to learn the new skills and adapt while some couldn’t; eventually, they retired from the services and several jobs were either eliminated or appropriately qualified personnel started manning them.

Organisations cannot afford to be reactive like many behemoths behaved in the early days of automation. They managed to survive then despite poor efficiencies because our markets were not adequately globalised, the competition wasn’t as intense as it is now and expected to be in the future.

Organisations have always experienced a gap between the skills a fresher possesses and the skills they want in the person to start working on a live assignment. That is why they used to offer training during a probationary period. However, in recent times, the needs of the industry have been changing at a faster pace than ever; as a result, the skill gaps are so wide that they are running a course for the freshers to bridge the gaps. This phenomenon is observed worldwide among large companies.

As we are building for tomorrow, irrespective of the size of the organisation, we must be able to define what skill gaps we see in the fresh talent we hire and put together a course that addresses these. There is no running away from this. Many organisations hire young people with a small amount of experience in a larger organisation or a competitor. However, this strategy doesn’t work very well because these people have almost no relevant experience in the skills desired by the new employer. Hence, the only way is to run a good bridging course and build the talent from the scratch.

Organisations have to have a clear path of reskilling and upskilling their workforce continuously rather than doing these as one-time activities linked to specific events of disruption.