Building rapport with a new boss 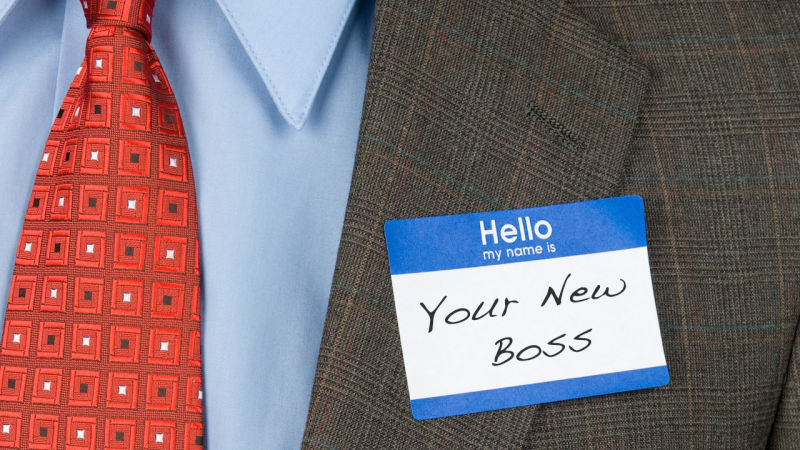 A new boss brings with him or her several anxieties in the minds of the sub-ordinates. The performers fear disruption; some of them doubt if the change will be good; some of them who are already on weak grounds of performance see it as an opportunity to build bridges with the new boss and restart. Often people forget that the boss is equally anxious to prove his or her worth and is keen to build a working relationship with the team.

Every individual has his or her own style and preference of working with the others in a team. Some of them are focused on building relationships while some want to get down to day to day tasks immediately. Some want to define changes quickly and drive them down hard while the others want to take it easy, co-create the agenda of change and go about the process collaboratively. The context in which the new boss takes charge has a huge bearing on the nature of transition process.

It is natural that a change brings disruption along with it. Hence, it is important for the organization, the boss and the members of the team to understand the contours of the new normal. Accordingly, the team has to work together to ensure that the transition is smooth. Most cases of transition are smooth while some become noisy and snappy.

Invest energy on Relationship building or Get down to the brass tags of business?

Group dynamics is at play when a new team takes shape. A theory draws up 4 stages of a team coming together: forming, storming, norming and performing. However, broadly speaking there are two things which happen in parallel when a new boss takes charge of a team.

On one hand, the leader and the members invest energies to know one another better, build their working relationships, review priorities and set expectations. And at the same time, the organization keeps running; customers are serviced, performance is measured, tasks are completed, deadlines are chased, various functions in the organisation run like business as usual. These two processes run simultaneously. However, the priorities and the depth to which these processes run depend upon the context such as the seniority level of the role, the business situation and personality trait of the new boss.

While conversing with the new boss

Prepare but don’t bias yourself: People try to find out some information about the boss from their social networks and business contacts before the transition starts. Sometimes, this information helps, but not always.

We see an individual change his or her style when faced with a new context. One can never be sure if the boss will continue to behave the same way as others have experienced in the previous job. Even if the boss has been a co-worker earlier or an ex-colleague, one can never be sure if the person in the new role will behave the same way one knew the person last.

Secondly, the information gathered about the boss might not be complete. Hence, one might land oneself in trouble if the conversation doesn’t go the desired way. The strategy of being an early-mover in building rapport with the boss based on limited information is not fool-proof. It helps to collect information but one cannot be sure of them.

Adapt: One is not sure of the expectations and operational style of the new boss. Hence, the best that one can do is to play it by the ears and adapt continuously.

One should have multiple conversations with the boss in different settings such as one-on-one discussions, group meetings, informal conversations, get-togethers, meetings in presence of business associates such as customers and partners. In this process, one learns a lot about the leadership style of the new person and adapts accordingly.

Make it easy and stay focused: In the initial days, the discussions with the boss are likely to be in the areas of knowing each other, an overview of the role, performance, external environment, internal as well as external challenges and opportunities for the organization or department. It helps to be business-like and solution-oriented rather than pouring your heart out and bringing all challenges to the boss.

Take the first step: It helps if the sub-ordinate initiates a conversation, provide updates proactively and offer help. It’s also important to not cross the line where one may come across as clingy and attention-seeking.

Set expectations: The boss might be a personal friend, co-worker, ex-colleague or from a different organization. In any case, it is advisable to be unassuming and set expectations clearly in an objective manner. One must try to set expectations in both ways so that there is no confusion later in evaluation of performance and the boss’s commitment towards the resources required to deliver results.

It is easier to state all DO’s and DON’Ts. However, practicing them in real life calls for deliberate planning and meticulous execution.