Are you a laissez faire leader | CielHR.com

Are you a Laissez-faire Leader? 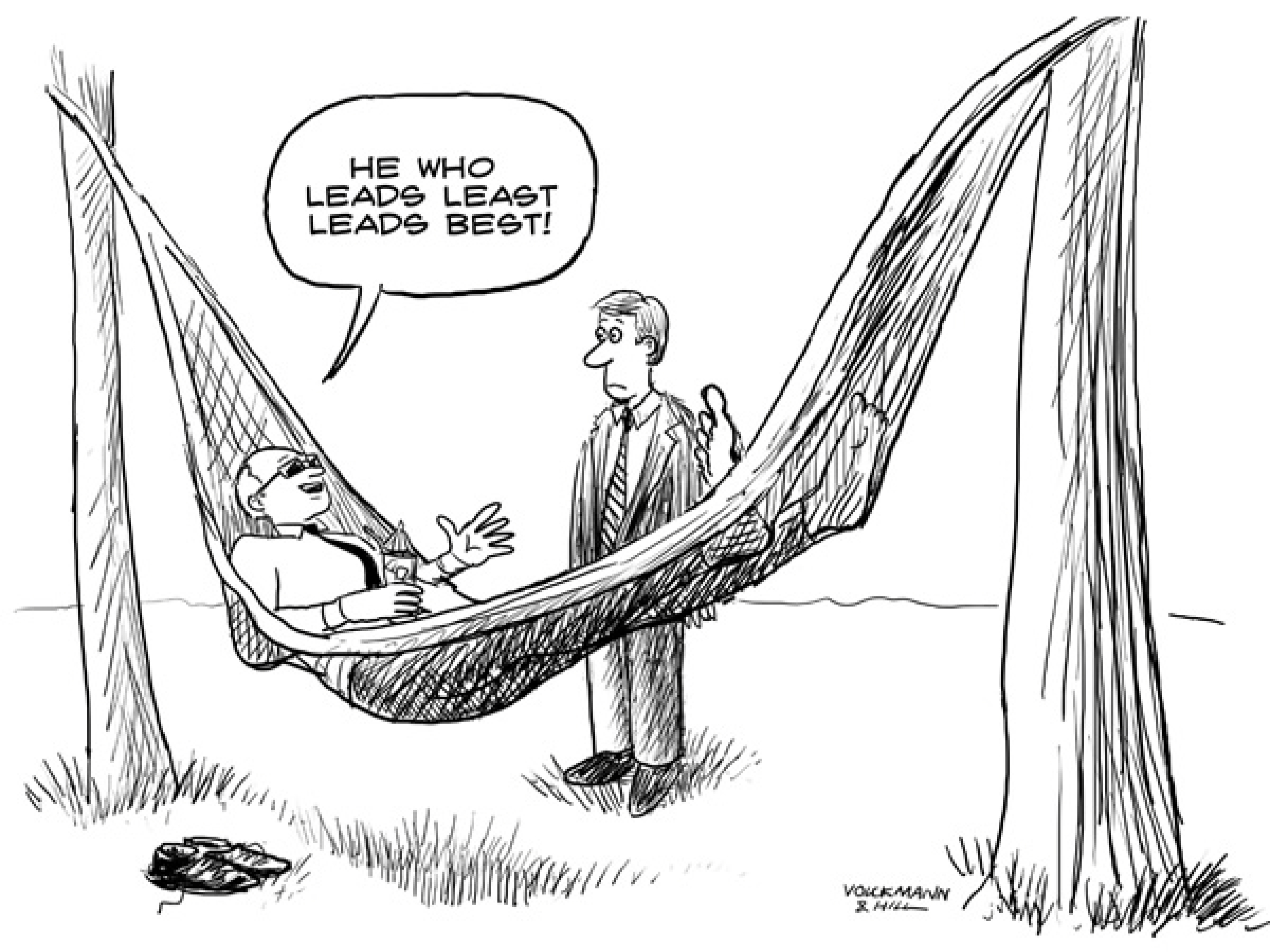 In our world today, a significant part of our workforce values freedom, demonstrates self-confidence and sets high ambitions. This phenomenon is not restricted to the white-collar workforce, rather all-pervasive. Leaders having the experience of directed people and having seen their managers directing teams in a certain way, find the changing environment discomforting. They are trying to readjust their styles and adapt to the new situation. It is common knowledge for a leader to practice clear communication while delegating tasks, but the trick lies in the manner of delegation, the tasks are organized and distributed.

Leaders in their quest to be clear, get highly task-focused at times. They tend to break down the goals into miniature steps, direct their team members in carrying out each of those steps, measure the results and tell them what to do when the results differ from the desired goals. Is this micro-managing or leading the team hands-on?

It depends upon the context in which the leader operates, the experience and the maturity level of the team members. Let us say, the team is highly skilled and the members have a good level of understanding and co-operation. This is a good situation to adopt a laissez-faire leadership where you need the team to know the end-goal, the near-term milestones, the purpose behind achieving the milestones and the timelines. Since they know the ‘how’ and ‘what’, the leader does not need to tell them the break-down. It is good enough for the leader to keep an eye on a few parameters at an appropriate interval of time. The team needs a pat on the back at the right time; a few insights and suggestions as and when needed. However, at times, leaders in their quest of ‘being in control’ get anxious and micro-manage. They hurt the team dynamics by over-monitoring, nit-picking and meddling too much. One must know what kind of delegation works the best in the given context!

A team which is newly formed or has many freshers or relatively inexperienced members needs support and direction. Managing them by setting a high-level goal, defining the objectives and a process might not sound wrong. However, the team could potentially feel lost, un-cared for and dull given this style of delegation. They need a style of hands-on leadership where the leader is always eager and available to help the members on-demand, coaching real time, enthusing the team when a task is done well and course-correcting when needed. In this context, the leader isn’t micro-managing, rather showing hands-on leadership.

Are you abdicating your responsibility by Laissez-faire style?

One argues that the laissez-faire style of leadership could create a lot of free time for the leader if the primary responsibility of delivering the results is passed on to the Direct Reports.

Experienced people look for independence in decision-making and a certain amount of latitude in going about achieving their goals. Hence, the top boss has to provide the space for them to function and steer their respective teams towards the predefined goals.

Given this context, the top boss has to find a way of adding value by providing the necessary encouragement to his team crafting a space to support them and continuously evolving it in tune with the challenges that they face. This is easier said than done since this space that we are talking about, is fuzzy and more often than not, determined by the dynamics in external environment.

A leader fails miserably when he passes on all his responsibilities in the name of delegation and takes on the administrative role of aggregating information and presenting them to the others. The team stops looking up to him and relating to the larger purpose behind the goals. It loses momentum and often looks forward to holidays, breaks and off-sites. This is worst that can happen to any team.

The Leader has to be playing alongside his team.

Every game has multiple stakeholders and there are umpteen challenges. The leader has to be playing alongside his team or the concerned member in the team solving the tough issues rather than merely being an observer.

It is easy to divide a target into a few parts and assign each part to a member in the team. However, the leader’s job doesn’t end with it. Rather, it starts right there. The critical contributions of the leader must be in creating an environment for the team to succeed, providing the right strokes of rewards and reprimands, getting hands-on to solve an issue or create a process or a system. The energy levels, confidence and the determination of the team must be held up by the leader.

Laissez-faire works well. But, there is no one particular style that works for all the situations. While the leader delegates, one must know what to delegate, how to monitor and what to get one’s hands dirty with.